Another title for this post was almost Chiffon-It’s Like Sewing with Air! Because it’s very true- the slightest bit of movement when you’re cutting out chiffon or trying to mark it can lead you to curse. The best advice I have for you is THREAD TRACING. That and laying out your fabric on large flat surface so none of the fabric lays over the edge of a table, therefore pulling it off grain.

I was recently sewing a beautiful blue chiffon as a wedding dress overlay. While upcycling a wedding dress (used in the BERNINA WeAllSew.com promotion), the owner of the dress had a vision of wearing her “new” dress with a sheer overlay over it. We decided that a commercial pattern (Vogue 8766) had really nice lines that would work well with her dress, and found perfect fabric for it at Mill End.

(The dress overlay has just finished drying after being washed in this photo, hence the wrinkles)

We had to keep in mind that Jen (the wedding dress owner) wanted to keep the buttons that ran down the back of her dress in place. It’s also important to note that originally, the dress closed with the buttons alone. Because that makes it impossible for Jen to get into the dress herself, I removed the original button loops and installed an invisible zipper.

After a little bit of sketching and talking, it was decided that the overlay would close in back. At the top back of her neck, there would be a thread loop and a button to close the neckline. At the waist of the overlay though, a thread loop would be sewn on either side of the center back, so that the overlay could close by using a back button. This allows for the buttons to be viewed on the back of the dress, and also makes it so Jen doesn’t have a line of noticeable spiny bumps down her back when she wears the chiffon. 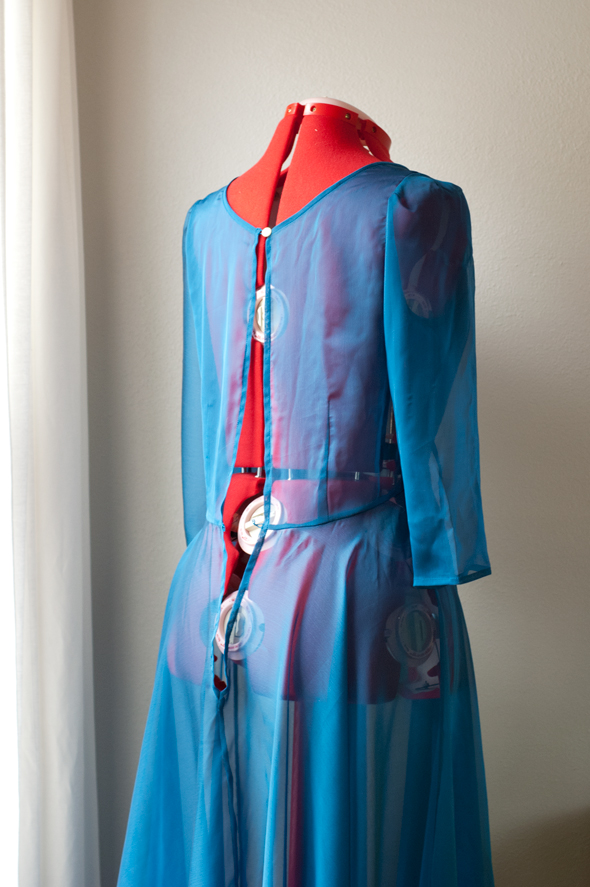 (Again, just wrinkled from being washed/dried.)

Finishing the neck and center back edges on this overlay took patience. Have you ever made 1/4″ bias tape out of chiffon? I used Perfect Sew, a wash-away stabilizer, to hold the tiny fabric strips in place as I cut, ironed, and sewed them down. The rest of the dress seam allowances were enclosed with French seams to prevent any fraying.

Something that I really appreciated with this Vogue pattern was the sleeve cap. Instead of using ease to fit the shoulder into the sleeve, the pattern used darts. It was much nicer to sew than a regular sleeve head would have been, and the darts give it a wonderful fit. 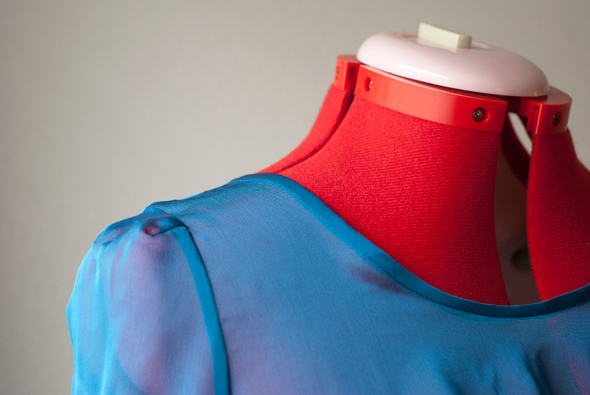 Now I have one more overlay to sew for this dress in a beautiful black embroidered organza, which I’ll be sure to post! 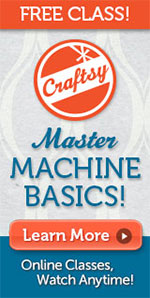 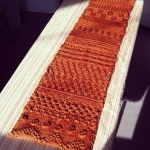 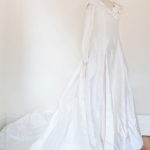